Ton vs Tonne, Whats the Difference? 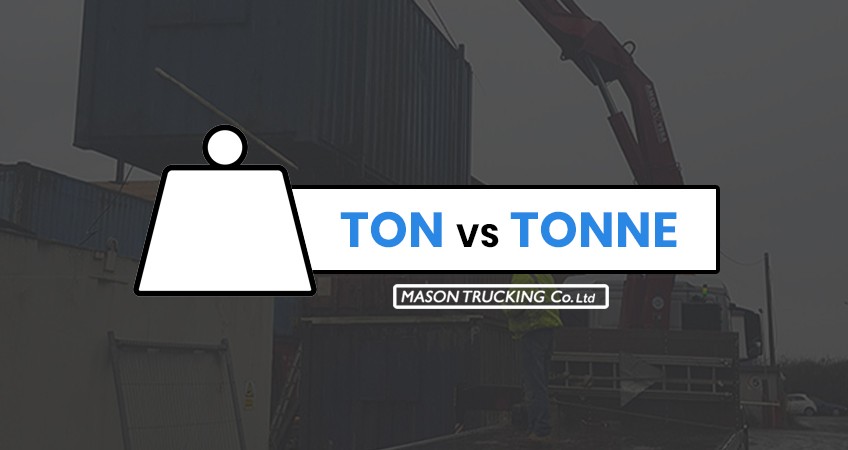 When it comes to mastering weight measurements, one of the most difficult concepts to get your head around is the difference between ‘ton’ and ‘tonne’. Whilst many people are under the false impression that the only variation between the two is the way that they are spelt, the real reasoning behind the two different measurements stays seemingly under wraps. Luckily understanding the true arguments behind ‘ton’ vs ‘tonne’ needn’t take long, as it’s fairly simple to get to grips with the key differences.

A ‘ton’ is an American measurement of weight that converts to 2000 pounds (or lbs for short), which is approximately 907 kilograms. Americanised English has many noticable differences and weight measures are truly no exception – this phrasing is used exclusively in North America. A ‘ton’ is also known commonly as a ‘short ton’, so this variation of language may be apparent during a conversation between 2 American contractors. A ‘ton’ can also be used on a casual basis, when referring to a very large quantity of something, such as, “I’ve got a ton of work left to do today”.

Now, you may be under the impression that a ‘tonne’ is equal in weight, but this could not be further from the truth. The word ‘tonne’ originates from England, however it is widely recognised and utilised internationally in many industrial organisations. A ‘tonne’ is 2240 lbs, which means there’s a total difference of 240 lbs when compared to the American ‘ton’. In kilograms, the total weight of a ‘tonne’ is around 1000, so there is a noticeable variation between both measurements. A ‘tonne’ is often referred to as a ‘metric ton’ too, which can add a little more to the confusion. A ‘tonne’ is considerably heavier than a ‘ton’ and this is the main essential difference between the two concepts, as 93 kilograms can have a huge impact in many respects.

Making sure that you can utilise the right ‘ton vs tonne’ weight measurement is absolutely vital, as of course there is a noticable difference between the two. Mistakenly using the wrong word could cause you to end up with far more or far less than you were hoping for, which can lead to many problems for businesses and other relevant organisations. The weight measurement that you use should depend mainly on your location, as the two are not generally used outside of their origin – this means that British people may not recognise ‘ton’, whilst Americans might not understand the phrasing of ‘tonne’. Understanding the difference is simple – a ‘ton’ is 2000 lbs whilst a ‘tonne’ is 2204 lbs. Americans utilise the term ‘ton’ whilst the British prefer to stick to the term ‘tonne’. A ‘ton’ is commonly known as a ‘short ton’, whilst a ‘tonne’ can be referred to as a ‘metric ton’.

Hopefully this information can aid you in uncovering the arguments behind ‘ton vs tonne’, to ensure that you can always get your weight measurement as accurate as possible in the future. It’s vital that you can understand the difference from both a financial and safety point of view.